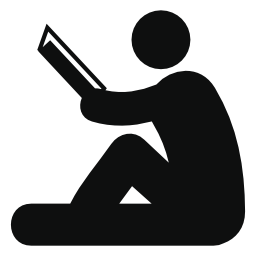 Disney’s early princess movies offer heroines that are strikingly similar: soft-spoken, ethereally beautiful, and willing to endure hardship and humiliation without a peep of complaint.

Today, Disney’s princesses are a sassier, pluckier bunch. But research has found a surprising trend: Even when they have the starring role, women speak only a minority of the dialogue—and far less than they did in the films of the 1930s and ’50s. Male characters with speaking roles vastly outnumber female ones in every single film.
Linguists Carmen Fought and Karen Eisenhauer are in the process of analyzing every line of dialogue in Disney’s 12 animated princess movies from 1937 to 2013. While female characters speak 50% to 70% of the lines in the vintage movies Cinderella, Sleeping Beauty, and Snow White and the Seven Dwarfs, those in subsequent films are lucky to get even one-third of the dialogue.
Their project is still ongoing, but they gave a preview of their data during a linguistics conference reported by the Washington Post.
Female characters get just 32% of the lines in The Little Mermaid. InMulan, whose titular heroine hassaved China by the time the credits roll, females speak 23% of the dialogue. Women speak only 10% ofAladdin’s lines, but in fairness, Princess Jasmine is an ancillary character in a film that’s really about a street urchin and his ghost friend.
Even Frozen, the 2013 mega blockbuster starring two princess sisters, gives women only 41% of the dialogue. The only exceptions to the female-minority rule are Tangled and Brave, whose female characters speak 52% and 74% of the lines.
The paucity of dialogue for animated heroines reflects that of live-action ones. Film critic Kevin B. Lee analyzed data from Cinemetrics in advance of the 2014 Academy Awards for the New York Times. He found that best actor nominees that year spent an average of 85 minutes onscreen in their films, compared to 57 minutes for best actress nominees.
The previous year, male actors’ screen minutes outnumbered those of their female peers by a two to one margin: 100 minutes to 49.
When it comes to gender imbalance in Disney films, “my best guess is that it’s carelessness, because we’re so trained to think that male is the norm,” Eisenhauer told the Washington Post. “So when you want to add a shopkeeper, that shopkeeper is a man. Or you add a guard, that guard is a man. I think that’s just really ingrained in our culture.”