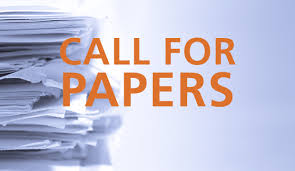 How does teaching a course in film and media studies today involve reckoning with the political turn to the right? Does the ascendance of right-wing and rightward-leaning electorates and elected officials in the United States, the United Kingdom, India, Bangladesh, Poland, Hungary, Turkey, Australia, Austria and comparable contexts bode a fulfillment of narratives of capitalism, nationalism and globalization that we have always presumed in our accounts of their media histories, or are we confronting a historical rupture in the trajectory of their precarious democracies? Are universities and institutions of higher education, under assault as alleged bastions of left and liberal thought, implicated in current political and economic shifts?

Histories of the contemporary are elusive, in part because of the difficulty of abstracting the present and situating it within a longer durée. Accepting the challenge, this teaching dossier aims to take the measure of our times by gathering reflective as well as analytic essays on pedagogy by media scholars and practitioners teaching in a range of national contexts, who are reassessing the structure, curriculum, strategies and assignments of their existing and forthcoming media courses in light of contemporary political, social and economic events. Depending on context, this provocation to rethink courses may come from institutional shifts in policy and practice, changing student opinions and campus climate, a changing sense of an instructor’s own pedagogical commitments, and more. As adversarial political affiliations and opposing futures for national and global economies get articulated on popular and social media platforms, this dossier asks media scholars to reflect on the extent to which it is possible or necessary to continue with business as usual. Alternatively, scholars may defend the ways in which it is incumbent for teachers to interrogate or adapt conventional courses in film and media studies in response to current political upheavals occurring on the local, national or global scale.

We seek a wide geographical spread of contributions from North America, Asia, Africa, Australia, New Zealand, Europe, Russia, the Middle East and more, to take the temperature of staple media studies courses amid governments that are aiding or tackling anti-immigrant, anti-minority, and pro-nationalist movements in a variety of contexts.  This dossier is intended as a platform for scholars interested in reassessing familiar methods and materials in media studies that are enabling or shutting down conversations in response to broader political shifts. In other words, we are less interested in tracking courses on explicitly “political” topics (such as the rise of the right), and more concerned with the reformulation of conventional media studies courses in response to the political galvanization of issues that have always interested media scholars, such as censorship, religious, national, sexual, racial or gender identities, corporate structures, media forms and networks, and so forth.

Contributors can address this in any way they choose, but the dossier will prioritize essays that provide specific examples of political (or once apparently apolitical but now politicized) contexts, and situate them in clear ways to their reinvention or reframing of standard media studies courses, such as national cinema and media; global media; film history; film theory; race, gender and media; reality television; celebrity culture; queer theory; social media; non-fiction film; digital media; documentary cinema, to name a few.

Please submit a 300-word abstract for a proposed 1300-1800 word essay describing your essay topic and how it connects to the dossier theme, as well as a 150-word teaching biography highlighting courses taught to Priya Jaikumar pjaikumar@cinema.usc.edu and Kay Dickinson kay.dickinson@concordia.ca by February 20th, 2018.  We will send notifications of acceptance by March 30th, 2018.  Completed essays (including any links to syllabi, assignments, media clips and strategies used in class) will be due May 15th, 2018.