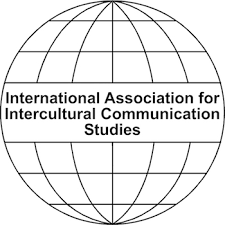 ** Theme **
The rise of populism in the US and in Europe has been linked to a number of socio-cultural and political phenomena. Divisive migration policies and political discourses have resulted in an increase in racially motivated crime and racist attitudes and overall in less tolerance for difference, which applies to a broad range of countries from the US to the United Kingdom, and from Hungary to Austria. Far right and populist parties have enjoyed electoral success in some liberal democracies and the Hungarian Prime Minister Viktor Orbán openly declared his goal of building an illiberal democracy.

2019 marks the 30th anniversary of the fall of the Berlin Wall, with many of the central European countries that once formed part of the Soviet Bloc now being members of the European Union and NATO. However, the tensions surrounding deeply held attitudes that exist between the new “Eastern” and the old “Western” members keep re-surfacing, most recently in relation to the so-called refugee crisis that peaked in 2015.

The relationship between Russia and the European Union is at a critical low point, with some referring to the return of the Cold War era realpolitik. The US has declared a trade war on China as well as the EU, President Trump withdrew the country from the Paris Agreement and the UN Human Rights Council.

Concerns about the crushing of freedom of speech and stricter censorship have been raised in relation to a number of countries, including Egypt, Russia and Turkey.

** Submissions **
We seek proposals that aim to consider the following questions (though others that extend beyond what follows yet contribute meaningfully to our general call will also be considered):

* How do cultural and communication scholars understand the shifting discourses around the “West” and its “Others”?
* How have – fictional and non-fictional – representations of the relationship between the “West” and “Others” evolved?
* How have the centre and the periphery been re-defined, re-imagined and re-negotiated?
* What is the role of communication technologies in building connections/divisions in the current climate?
* How have major policy interventions – such as China’s Belt and Road Initiative – affected intercultural divisions/connections?
* How relevant are theories of communication/cultural integration developed in Western liberal democracies for understanding current developments?
* What are the most challenging issues that scholars of intercultural communication face at the moment?
* Are there historical lessons that can inform our understanding of the impact of technological change on intercultural communication and interaction?

Any questions can also be sent to the same email address, the organizing committee can, however, also be reached by sending an email to Lenka Waschkova Cisarova:
cisarova@fss.muni.cz.

* For more about the conference please see iaics2019.fss.muni.cz

12.–15. 7. 2019: Conference
** Overview **
The International Association for Intercultural Communication Studies consists of scholars from a range of the cultural sciences who are dedicated to doing research on communication across cultures. Its membership is made up of participants from over 32 countries. These participants meet annually at different locations around the world to discuss common research interests. The results of their investigations are published in the journal of the organization, Intercultural Communication Studies (ICS). For more about the organization please see https://web.uri.edu/iaics/